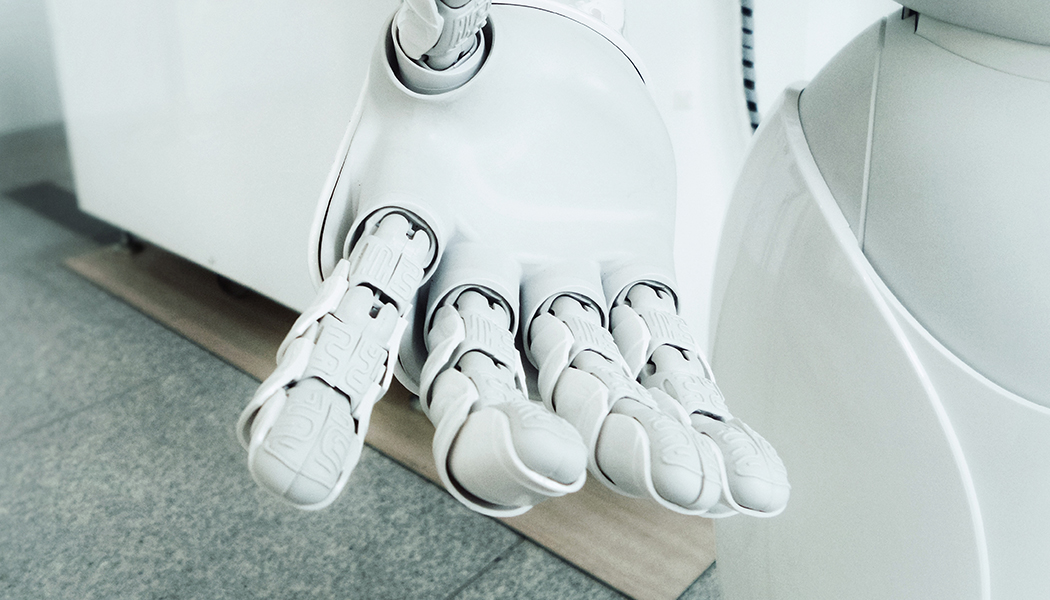 The real question is – what problems can’t AI help with?

Artificial Intelligence (AI) is the hot trend that’s on every tech evangelists’ lips right now. We see AI doing the more mundane computer-based tasks which are better off done by computer so that humans can get on and do things which add more value.

A subset of AI, Machine Learning (ML), focuses on the development of computer programs that can teach themselves to learn, understand, plan, and act when provided with data — from speeding-up insurance claims to prompting our online entertainment choices.

A report from PwC – Global Artificial Intelligence Study: Exploiting the AI Revolution – estimates that AI will contribute $15.7 trn to the global economy by 2030. AI is expected to boost North America’s GDP by 14% by the same year. The tech mega trend status of AI is undeniable. Here, we identify what’s happening in AI right now and what’s coming down the pipe:”

Online insurers can leverage AI ‘bots’ to automate the claims process from start to finish. Instead of the days or months it traditionally took to settle a claim, an AI bot can complete the whole process from claims receipt, policy reference, fraud detection, pay-out and notification to customers in three seconds.

Most personal lines underwriting will be driven by AI:

McKinsey predicts that by 2030, manual underwriting will have ceased to exist for most personal and small-business products across life, property and casualty insurance. The process of underwriting will shrink to seconds as most of the underwriting is supported by AI/ML tech.

Juggler is PwC’s own AI-driven HCM solution for getting its 16,000 valued people deployed optimally across 20,000 billable engagements, at the right date, for the right amount of time and utilising their unique sets of skills.
It’s made more complicated by changing client demands, changes in the market, risk equality requirements, as well as training and skills development and other personal considerations to be built into all work scheduling. So, PwC takes the data it already has, pushes it through a set of deployment rules, using algorithms and a scheduler which works for the individual, engagement teams and clients.
Existing data comes from TalentLink like grade, skills, preferences and independence, and client demand data like timing and phasing of the work, industry and location. PwC combines these with decisions PwC resourcing teams make like working hours, IT resourcing and continuity. This then goes through algorithms to create a schedule. It can reduce time to produce schedules for individuals from weeks to as little as 24 hours and they can be confident that the tool will think through every possible option in a way that human simply could not do.

AI is about crunching more data, more variables, more quickly and accurately than it’s possible for humans to achieve. AlphaGo is the first computer program to defeat a professional human Go player, the first program to defeat a Go world champion, and arguably the strongest Go player in history. AlphaGo beat legendary player Mr Lee Sedol, winner of 18 world titles and widely considered to be the greatest player of the past decade. AlphaGo’s 4-1 victory in Seoul, South Korea, in March 2016 was watched by over 200 million people worldwide. It was a landmark achievement that experts agreed was a decade ahead of its time and earned AlphaGo a 9 dan professional ranking (the highest certification) – the first time a computer Go player had ever received the accolade.

Another example of where computational speed is moving ahead of human brain speed is in cyber security challenge. DARPA (Defense Advanced Research Projects Agency) oversaw an all-day Cyber Grand Challenge (CGC) – the world’s first all-machine cyber hacking tournament—in August 2016 in which AI was used to find vulnerabilities in a computer, patch these vulnerabilities and then build an exploit to attack and breach other contestants’ identically set up computers.

Machine learning is being used in the development of self-driving cars and in selfparking already deployed in high end Audi and BMW models. You can simulate every potential parking scenario and get the self-driving car to learn and store them ready for use in the real world. They can learn some things much quicker than humans.

Ad agency McCann Japan decided to create an AI-driven creative director with a view to using the AI-CD ß, together with the McCann Millennials team of researchers to win new business. They equipped the AI-CD ß algorithm with data that enabled it to deconstruct, tag, and analyse TV shows. To add grist to its mill, AI-CD ß was packed with information about the winners of All Japan Radio & Television Awards for the past 10 years, which the system data mined to identify the most appropriate themes and ideas for a particular product or message. McCann claims this makes AI-CD ß the first logic-based creative director whose direction is based on the historical success of TV commercials.

Google’s Tensor Processor Unit and TensorFlow Playground is an open source platform for machine learning. The theory here is that any device once connected to the Playground can begin doing machine learning and passing gleaned information back to the centre and shared with others. Watch this space!

The Royal Society of the Arts is one of many institutions that are running public debates on what ‘Ethical Artificial Intelligence’ ought to look like. Pretty quickly discussion gets into the future of work as AI has the potential to totally reshape the world of work within 20 years.

In summary.
Humans are good at building and applying a wide range of knowledge. But we are not very good at ‘narrow intelligence’ which machines can offer. Watson, for example, was originally designed to win at Jeopardy! Once that task was completed it was redirected (by humans) to focus on other hard problems. It was applied to helping to diagnose cancer, for example. It has been used to design the perfect BBQ sauce! In short, it’s starting to move to the next level – general artificial intelligence.

Point of Singularity by 2039

But at some point, these AI machines become ‘super-intelligent’. At this point they are smarter than us, learn faster and evolve more effectively – this is the point of ‘singularity’ as it is now called: it’s currently estimated to be achievable by 2039 in just 20 years’ time. We’ll see some of the effects of this in our lifetime so we will not be alone in looking out how AI can be deployed to improve the working lives of our employees and the services and products we offer our customers.