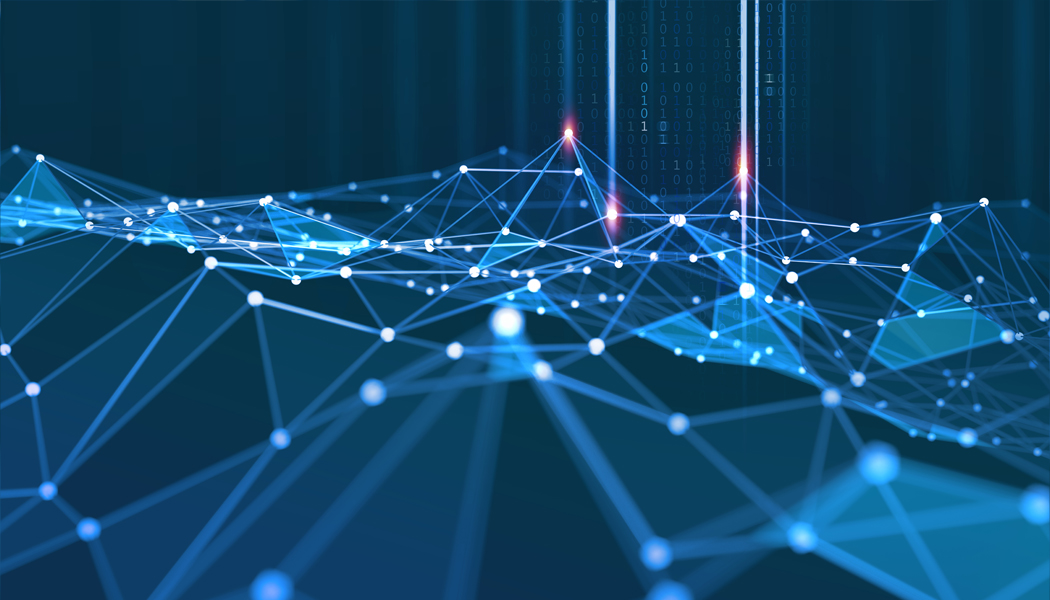 Blockchain: Speeding up transactions, building trust and guaranteeing provenance to grease the wheels of commerce.

Blockchain works when someone asserts a transaction i.e. ‘I want to pay you X for something’. This transaction is then broadcast to all connected computers that are participating in that blockchain.

Participants assess the transaction and then approve or deny it. They sign consensus protocols to set rules for what is confirmable. Unlike internet banking which simply sends an instruction digitally for a specific amount of a currency to be moved from one institution to another, the blockchain enables value to be moved from place to place across borders. It’s not tied to a nation or a specific currency or economy.

According to David Moloney, a director at PwC, it will revolutionise trust over time by decentralising the storing and movement of value.

Research from Gartner says that 300m blockchain transactions were processed up to the end of 2017, with a value of more than $270bn. According to Wintergreen Research, the global blockchain market was valued at $708m in 2017 and is expected to reach $60bn by 2024. That’s very rapid growth.

Blockchain has already been put to work in a broad range of sectors and use-cases, from logistics costing to local energy sales. Here’s 8 good examples of where blockchain technology has been applied:

Everledger records the provenance of expensive physical assets such as diamonds so that, via this dedicated blockchain, you can inspect all the transactions that went on to get that diamond from the ground to the place where you are buying it to ensure it is not a blood diamond.

Cygnetise uses blockchain tech to protect firms from signatory fraud while reducing time to sign off documents by holding signatures and details of signatories in a private blockchain ready to use for legal documents and the like.

Blockchain could potentially address the fact that today 1.5bn people in the world are made vulnerable by the fact that they have no legal entity – passport or citizenship papers. Trust could be built to support these people and given them incontestable residential status for example.

Arc-net offers invisible barcodes stamped on pieces of meat and fish to help stop food fraud events like the one we saw in the UK with Tesco and several other supermarkets’ beef burgers that contained Irish horse meat during 2013. The arc-net platform which enables supply chain authentication and security, is now working with PwC Netherlands to create a new model for food integrity, supply chain security and compliance. arc-net has developed a cloud-based platform that utilises the power of blockchain to enable food producers and retailers to assure customers of the provenance and authenticity of their products. Walmart is working with IBM to use blockchain technology to track where fruit like mangos, berries, and other fresh produce comes from, so it can determine where bad food originated in the event of a recall. In one test, Walmart was able to determine the source of bad food in just a couple of seconds, as opposed to the nearly a week it takes with its existing tracking systems.

Carousel fraud, often associated with VAT fraud for example, could be stamped out through the use of blockchain technology to provide a shared view of all transactions with all connected nodes, again flushing out anomalies associated with carousel fraud and other sharp tax avoidance strategies.

The shipping industry is looking to blockchain to simplify its logistics operations by reducing days’ worth of paperwork to minutes – thereby also cutting the cost of goods. Bloomberg has said that blockchain tech could cause the biggest transformation in shipping since the standardisation of container sizes 50 years ago.

A group of residents in Brooklyn, New York, have set-up ‘microgrids’ by generating their own electricity using solar panels, and then selling the power to neighbours using a blockchain distributed ledger system.

Blockchain exponents are finding new uses for the technology all the time. Little wonder that its potential to reduce costs and bring business efficiencies generates so much interest among investors in many markets including financial services.